Gibson London we're privileged to welcome through our doors some of our favourite people from across the worlds of music and film.

As our roots lie in great British design, it's no surprise that we have some great British musicians and artists that see us as a part of their image.

Drummer Steve White, who played with The Style Council, and later on many of Paul Weller's solo albums, recently approached us to supply the suit for his wedding to Coronation Street actress Sally Lindsey. Here he is pictured in our Charcoal Twill Three Piece Suit by Hello Magazine - alongside some other familiar faces. 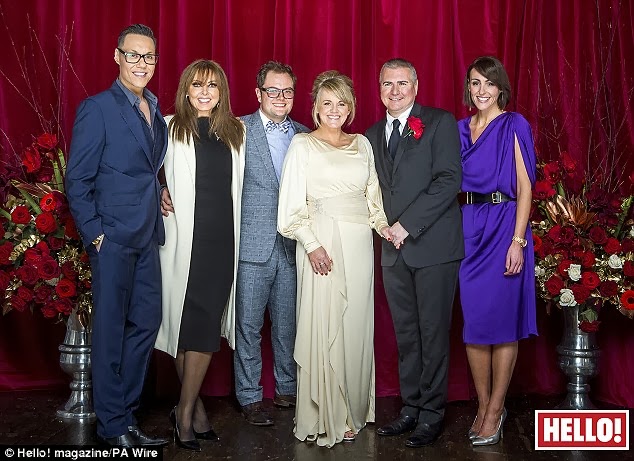 You can complete this look with our White Herringbone Shirt with Penny Round Collar and any of our great range of ties.

Steve is not the only famous face to don one of our outfits since we've opened our doors. We recently received none other than Martin Freeman - star of The Hobbit, Sherlock and The Office - who proudly demonstrated his sense of style in some of our excellent suit jackets. Also seen showcasing the Gibson look on the streets of London is Mod singer Darron Conett (left) and noted photographer Dean Chalkley (right) both of whom look sharp in a Gibson Marriot-style two piece suit, complemented by a white shirt and Gibson tie. 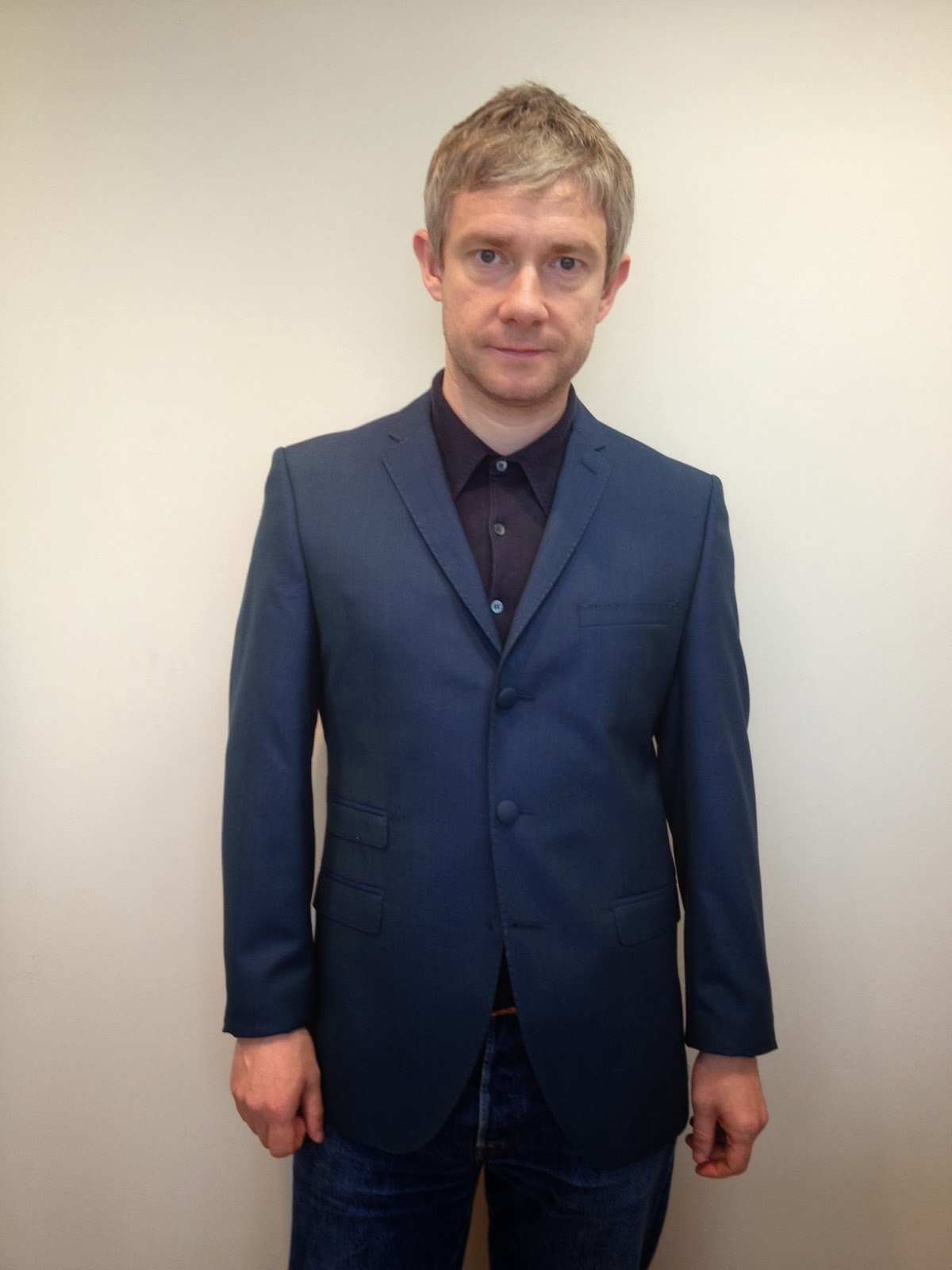 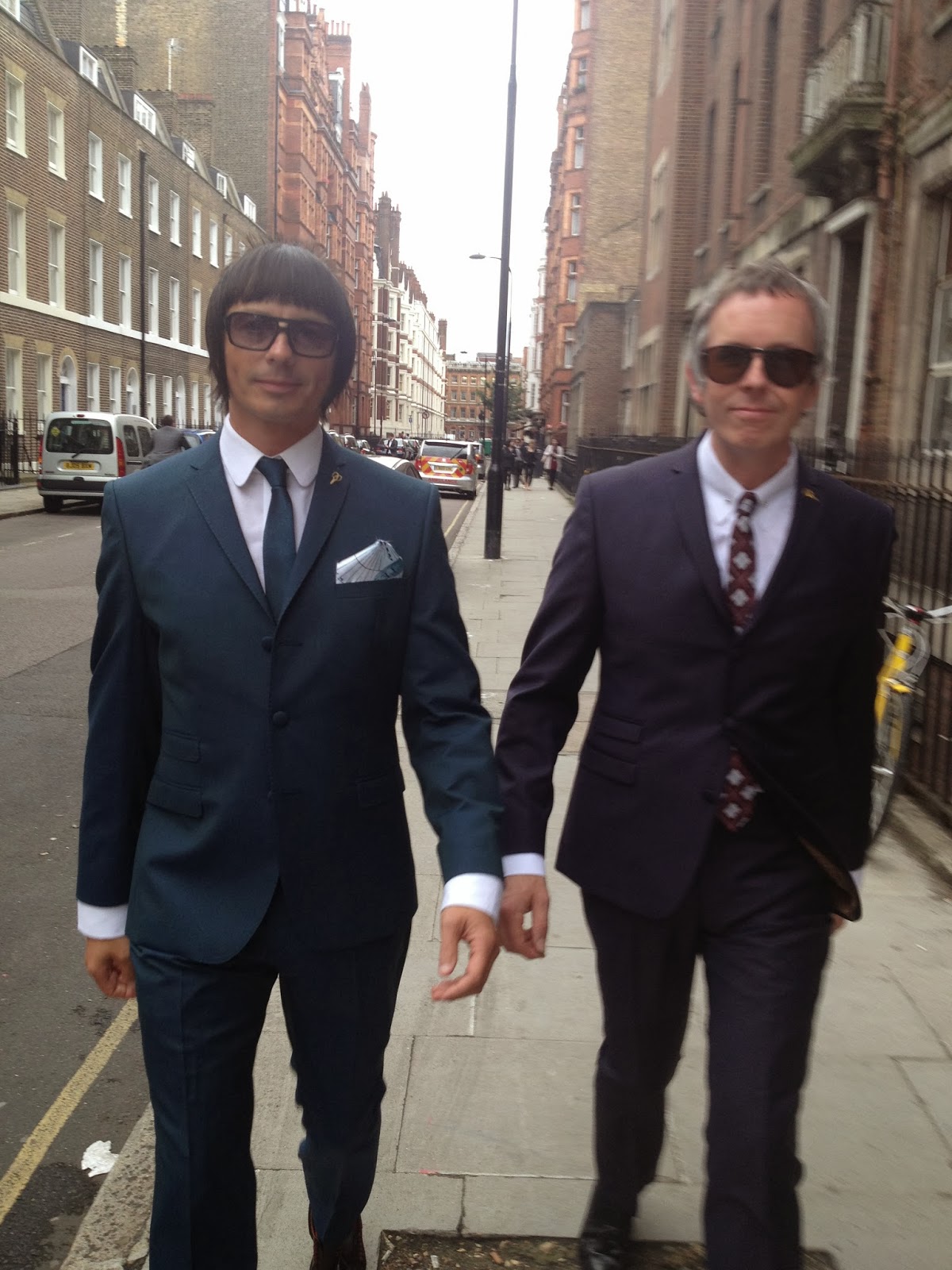